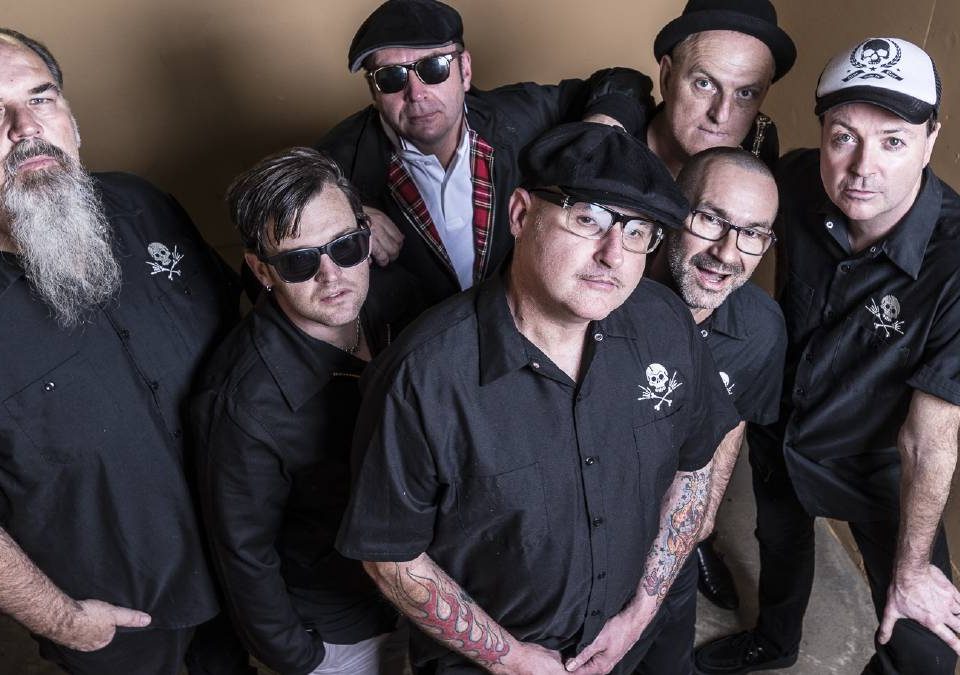 The Porkers story starts in 1985, in the East coast Australian city of Newcastle, 2 rude boys, Pete and Sean decide in a drunken stupor, after the demise of some of their favourite Australian ska bands, that they would start a band. The fact that neither of them could play an instrument didn’t seem like an obstacle, and they set out to find local musicians to back their all-singing, all-dancing show.

2 years later, Sean has lost interest and pursued a career as a lighting technician, and Pete has finally got a competent line-up together and The Pork Hunts were set to play their first show, which was also planned to be their last as most of the musos were on ‘loan’. Some skinhead friends were set to have a house demolishing party at the same time (as their rental property was earmarked for development), so to coincide with the local international surfing event -‘Surf fest’, a party was set on a November Saturday of 1987, in the beach side suburb of Bar Beach, ‘Ska Fest’ was here!

The party went amazingly well, with much drinking and dancing taking place, very few injuries (except for the head-banger who let loose with a bottle of tomato sauce in the kitchen), and a great after party bonfire on the beach with various parts of the house.The line-up for the first gig was as follows-Pete – vocals Bigfil- sax Richard ‘Pucko’ Puxty – guitar Tomi Kefichek – bass Donny Anarchy – drums Everyone had such a good time at the party, the Pork Hunts were encouraged to do another gig, and then another, by the fourth gig, Rodney ‘Rocket’ Palmer had taken over the beating of the drums.Soon the ‘Hunts were playing far and wide with word spreading of their energetic live show. In 1990, it was time for a name change, with the one club in Newcastle that they regularly played at closing its doors out of necessity they became The Porkers.

The road since then has been long and winding, with lots of great and other stupid things happening, and many line-up changes. To make this story short, here in point form is a few of the achievements and great opportunities that have come the Porkers way-